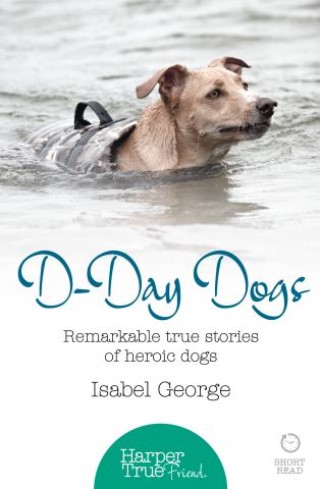 Incredible true stories of canine loyalty in the Second World War.There were dogs involved with the landings, dogs the soldiers could not bear to leave behind and dogs trained to patrol, protect and locate. The dogs sailed with the Merchant Navy and brought their boats into dangerous waters to retrieve the wounded or stranded. They were on land, in the air and on the water during the D-Day operation – playing their special part in every aspect.Through this inspiring short collection of the true stories of four of these canine heroes the remarkable achievements of the D-Day dogs are brought to life.

Isabel George: Isabel George is a writer, journalist and PR, who has worked with animal charities, and particularly the PDSA, for many years. She has previously written for children and has also worked with the Imperial War Museum on various events and exhibitions connected with the Animals at War theme.