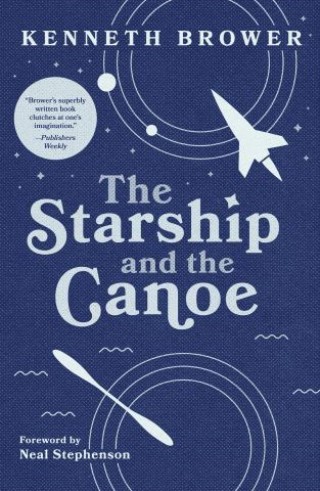 The Starship and the Canoe

“The Starship and the Canoe is neither a wilderness survival manual nor a book of blueprints. It is another of those rare books impossible to define: the kind that seeks you in time. And you will know it, live it, and consult it thereafter simply by name.” --Chicago Sun-Times

“In the tradition of Carl Sagan and John McPhee, a bracing cerebral voyage past intergalactic hoopla and backwoods retreats.” --Kirkus Reviews

Originally published in 1978, The Starship and the Canoe is the remarkable story of a father and son: Freeman Dyson is a world-renowned astrophysicist who dreams of exploring the heavens and has designed a spaceship to take him there. His son George, a brilliant high school dropout, lives in a treehouse and is designing a giant kayak to explore the icy coastal wilderness of the Pacific Northwest and Alaska. Author Kenneth Brower describes with stunning impact their lives and their visions of the world. It is a timeless tale framed by modern science, adventure, family, and the natural world.

Kenneth Brower: Kenneth Brower’s writing has appeared in The Atlantic, Audubon, National Geographic, The Paris Review, Smithsonian, Sierra, and numerous other magazines. His other books include Wake of the Whale, A Song for Satawal, The Winemaker’s Marsh, The Wildness Within, and other titles about the environment and natural places. He lives in Berkeley, California.Neal Stephenson is known for his speculative fiction exploring areas such as mathematics, cryptography, philosophy, currency, and the history of science. He is the author or co-author of more than 15 books, including Anathem, Snow Crash, and most recently, Fall, or Dodge in Hell.