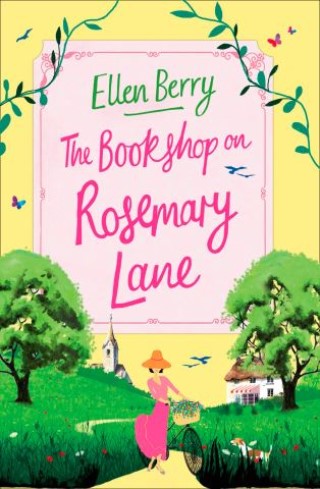 The Bookshop on Rosemary Lane

**Take a trip to the Yorkshire village of Burley Bridge, where a very special little cookbook shop is about to open its doors…**In the beginning…Kitty Cartwright has always solved her problems in the kitchen. Her cookbooks are her life, and there isn’t an issue that ‘Cooking with Aspic’ can’t fix. Her only wish is that she had a book entitled ‘Rustling Up Dinner When Your Husband Has Left You’.Forty years later…On Rosemary Lane, Della Cartwright plans to open a very special little bookshop. Not knowing what to do with the hundreds of cookbooks her mother left her, she now wants to share their recipes with the world – and no amount of aspic will stand in her way.But with her family convinced it’s a hare-brained scheme, Della starts to wonder if she’s made a terrible decision. One thing’s for sure: she’s about to find out…Lose yourself in Della’s world of food, family and friends. The perfect read for fans of Trisha Ashley and Carole Matthews.

Ellen Berry: Ellen Berry is an author and magazine journalist. Originally from rural West Yorkshire, she has three teenage children and lives with her husband and their daughter in Glasgow. When she’s not writing, she loves to cook and browse her vast collection of cookbooks, which is how the idea for this story came about. However, she remains the world’s worst baker but tends to blame her failures on ‘the oven’.