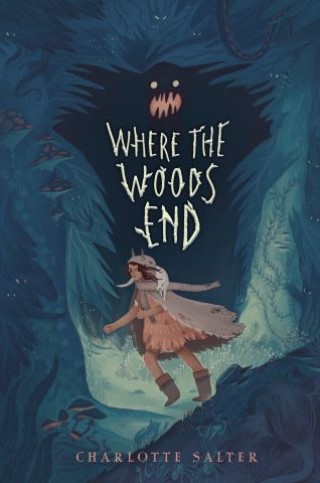 Where the Woods End

In a forest filled with treacherous beasts, the thing to be most afraid of is closer than you think in this middle grade horror fantasy.

Kestrel, a young huntress, lives in a seemingly endless forest crawling with dangerous beasts. But the most dangerous beasts of all are the Grabbers--beings that are born when you are and stalk you throughout your life, waiting for the perfect moment to snatch and eat you. No one has ever defeated their Grabber once attacked, and those that die from accidents or other creatures are considered "lucky." Kestrel has been tasked by her mother, a powerful and controlling spell-caster, to hunt down the Grabbers in an effort to protect their village in the forest. Accompanied by Pippit, a hilariously bloodthirsty weasel, she hones her skills as she searches for a way out of the forest--and away from the judgmental villagers who despise her. But her own Grabber is creeping ever closer, and nothing in this forest is what it seems...including her mother's true motivations.