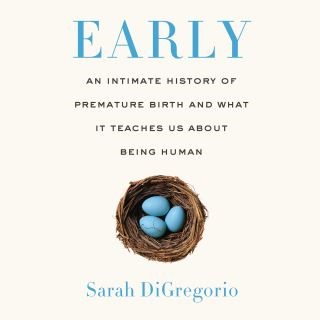 Inspired by the author’s harrowing experience giving birth to her premature daughter, a compelling and empathetic work that combines memoir with rigorous reporting to tell the story of neonatology—and to meditate on the questions raised by premature birth.

The heart of many hospitals is the Neonatal Intensive Care Unit (NICU). It is a place where humanity, ethics, and science collide in dramatic and deeply personal ways as parents, doctors, and nurses grapple with sometimes unanswerable questions: When does life begin? When and how should life end? And what does it mean to be human?

Nearly twenty years ago, Dr. John D. Lantos wrote The Lazarus Case, a seminal work on ethical dilemmas in neonatology. He described the NICU as “a strong, strange, powerful place.” The NICU is a place made of stories—the stories of mothers and babies who spend days, weeks, and even months waiting to go home, and the dedicated clinicians who care for these tiny, developing humans. The book explores the evolution of neonatology and its breakthroughs—how modern medicine can be successful at saving infants at five and a half months gestation who weigh less than a pound, when only a few decades ago, there were essentially no treatments for premature babies.

For the first time, Sarah DiGregorio tells the complete story of this science—and the many people it has touched. Weaving her own story, those of other parents, and NICU clinicians with deeply researched reporting, Early delves deep into the history and future of neonatology, one of the most boundary pushing medical disciplines: how it came to be, how it is evolving, and the political, cultural, and ethical issues that continue to arise in the face of dramatic scientific developments.

Eye-opening and vital, Early uses premature birth as a lens to view our own humanity, and the humanity of those around us.

Sarah DiGregorio is a freelance journalist who has written for various publications, including the New York Times, the Wall Street Journal, the Village Voice, Food & Wine, BuzzFeed, Parade, and Saveur. Her work has been included in the Best American Food Writing yearly anthologies three times. She lives in Brooklyn, New York, with her daughter and her husband.