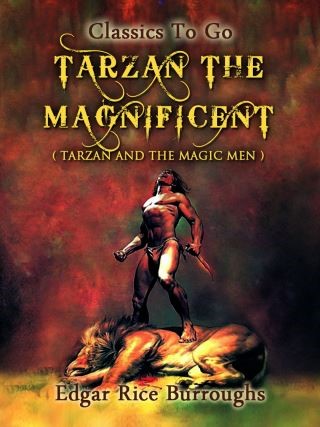 Tarzan encounters a lost race with uncanny mental powers, after which he revisits the lost cities of Cathne and Athne, previously encountered in the earlier novel Tarzan and the City of Gold. As usual, he is backed up by Chief Muviro and his faithful Waziri warriors. (Wikipedia)

Edgar Rice Borroughs: Edgar Rice Burroughs (September 1, 1875 – March 19, 1950) was an American writer best known for his creations of the jungle hero Tarzan and the heroic Mars adventurer John Carter, although he produced works in many genres.(Wikipedia)