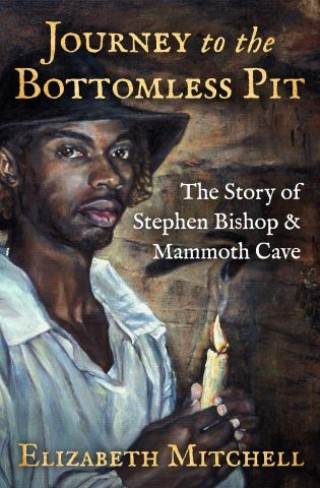 Journey to the Bottomless Pit

The thrilling adventures of a slave who became known worldwide for his explorations of Mammoth Cave.

If you toured Mammoth Cave in Kentucky in the year 1838, you would have been led by candlelight through dark, winding tunnels to the edge of a terrifying bottomless pit. Your guide would have been seventeen-year-old Stephen Bishop, an African American slave who became known around the world for his knowledge of Mammoth Cave.

Bishop needed bravery, intelligence, and curiosity to explore the vast cavern. Using only a lantern, rope, and other basic caving equipment, he found a way to cross the bottomless pit and discover many more miles of incredible grottoes and tunnels. For the rest of his life he guided visitors through the cave, showing them how to stoop, bend, and crawl through passageways that were sometimes far from the traditional tour route.

Based on the narratives of those who toured the cave with him, Journey to the Bottomless Pit is the first book for young readers ever written about Stephen Bishop.