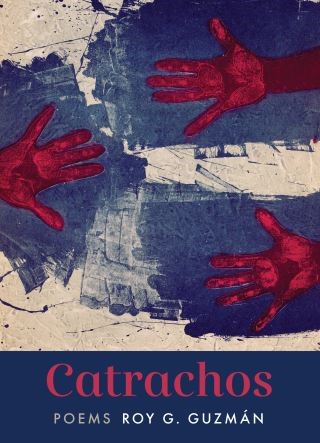 A name for the people of Honduras, Catrachos is a term of solidarity and resilience. In these unflinching, riveting poems, Roy G. Guzmán reaches across borders—between life and death and between countries—invoking the voices of the lost. Part immigration narrative, part elegy, and part queer coming-of-age story, Catrachos finds its own religion in fantastic figures such as the X-Men, pop singers, and the “Queerodactyl,” which is imagined in a series of poems as a dinosaur sashaying in the shadow of an oncoming comet, insistent on surviving extinction. With exceptional energy, humor, and inventiveness, Guzmán’s debut is a devastating display of lyrical and moral complexity—an introduction to an immediately captivating, urgently needed voice.