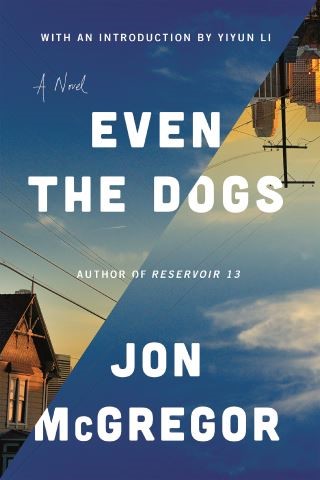 “A ferocious book, at once intense and alarmingly unsentimental.” —James Wood, The New Yorker

On a cold, quiet day between Christmas and the New Year, a man's body is found in an abandoned apartment. His friends look on, but they're dead, too. Their bodies found in squats and sheds and alleyways across the city. Victims of heroin, they're ghosts in the shadows, a chorus keeping vigil as the hours pass, paying their own particular homage as their friend's body is taken away, examined, investigated, and cremated.

All of their stories are laid out piece by broken piece through a series of fractured narratives. We meet Robert, the deceased, the only alcoholic in a sprawling group of junkies; Danny, just back from uncomfortable holidays with family, who discovers the body; Laura, Robert's daughter, who stumbles into the drug addict's life when she moves in with her father after years apart; Heather, who has her own home for the first time since she was a teenager; Mike, the Falklands War vet; and all the others. Theirs are stories of lives fallen through the cracks, hopes flaring and dying, love overwhelmed by more immediate needs. These invisible people live in a parallel reality to most of us, out of reach of food and shelter. And in their sudden deaths, it becomes clear, they are treated with more respect than they ever were in their short lives.

Intense, exhilarating, and shot through with hope and fury, Even the Dogs is an intimate exploration of life at the edges of society – a deeply humane book littered with love, loss, despair, and a half-glimpse of redemption—now reissued with a new introduction by Yiyun Li.