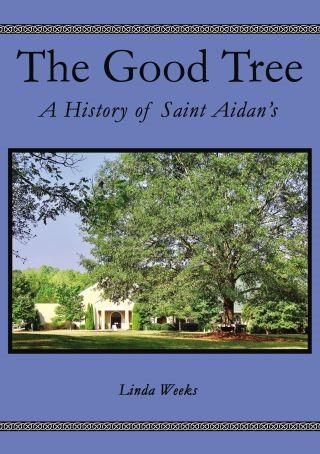 A History of Saint Aidan’s

It was a project like no other. There was an energy right from the first meeting. Not everyone knew each other but it didn’t matter. No-one knew how to do this thing but that didn’t matter either.

In 1993, the Right Reverend Frank K. Allan, 8th Bishop of the Episcopal Diocese of Atlanta, was keeping an interested eye on the rapid development of a northern suburb known as Johns Creek. He began to think about the Christian souls who were settling there, putting down roots to begin a new life and raise their children in a new city. Where would they worship? How would they express their Christian faith? What could he do meet their needs?

The Good Tree is the story of a group of parishioners from Saint David’s Episcopal Church in Roswell who got together to build a mission church in nearby Alpharetta. Beginning with prayer and enthusiasm and guided by the inspirational Father Noel Burtenshaw, the founding of a new mission church was a deeply spiritual and yet very human journey for all concerned. The Good Tree describes that journey, from its unexpected beginnings, through the first twenty-five years of highs and lows, twists and turns, including the difficult period that followed the ordination of Canon Gene Robinson as Bishop of New Hampshire.

Linda Weeks was born and raised in the West of Ireland.  After taking a BA degree in biochemistry from Trinity College, Dublin, she contributed to research in oncology and pathology. In 1989, she moved to the UK to join Electronic Data Systems’ Engineering Development program to develop a career in IT Security. In 2000 Linda emigrated to Iowa, USA with her family, where she lived for fifteen years. Currently living in Georgia, Linda has been a member of Saint Aidan’s since 2015.