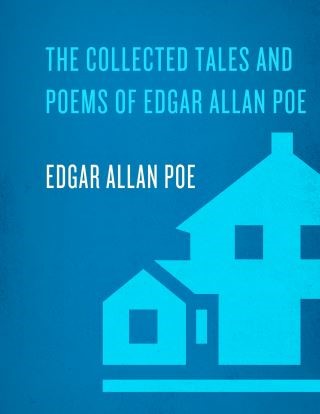 The Collected Tales and Poems of Edgar Allan Poe

Edgar Allan Poe was one of the most original writers in the history of American letters, a genius who was tragically misunderstood in his lifetime. He was a seminal figure in the development of science fiction and the detective story, and exerted a great influence on Dostoyevsky, Arthur Conan Doyle, Jules Verne, and Charles Baudelaire, who championed him long before Poe was appreciated in his own country. Baudelaire's enthusiasm brought Poe a wide audience in Europe, and his writing came to have enormous importance for modern French literature. This edition includes his most well-known works--"The Raven," "The Pit and the Pendulum," "Annabel Lee," "The Fall of the House of Usher," "The Murders in the Rue Morgue"--as well as less-familiar stories, poems, and essays.

Edgar Allan Poe: Edgar Allan Poe was born in 1809 in Boston, the son of traveling actors. He published his first book of poems Tamerlane and Other Poems in 1827, followed by Tales of the Grotesque and Arabesque (which included "The Fall of the House of Usher") in 1839, but he did not achieve appreciable recognition until the publication of "The Raven" in 1845. He died in 1849.