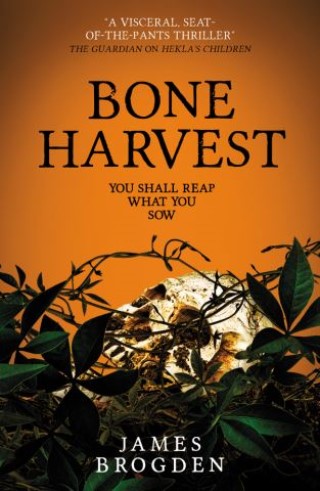 From the critically acclaimed author of Hekla's Children comes a dark and haunting tale of an ancient cult wreaking bloody havoc on the modern world.

YOU SHALL REAP WHAT YOU SOW

Struggling with the effects of early-onset dementia, Dennie Keeling now leads a quiet life. Her husband is dead, her children are grown, and her best friend, Sarah, was convicted of murdering her abusive husband. After Sarah's tragic death in prison, Dennie has found solace in her allotment, and all she wants is to be left to tend it in peace.

Life remains quiet for twelve years, until three strangers take on a nearby plot and Dennie starts to notice unnatural things. Shadowy figures prowl at night; plants flower well before their time. And then Sarah appears, bringing dire warnings and vanishing after daubing symbols on the walls in Dennie's own blood. Dennie soon realises that she is face to face with an ancient evil - but with her dementia steadily growing worse, who is going to believe her?

James Brogden: James Brogden is the author of The Narrows, Tourmaline and The Realt. His horror and fantasy stories have appeared in anthologies and periodicals ranging from The Big Issue to the British Fantasy Society Award-winning Alchemy Press. He spent many years living in Australia, but now lives in Bromsgrove, Worcestershire with his wife and two daughters.