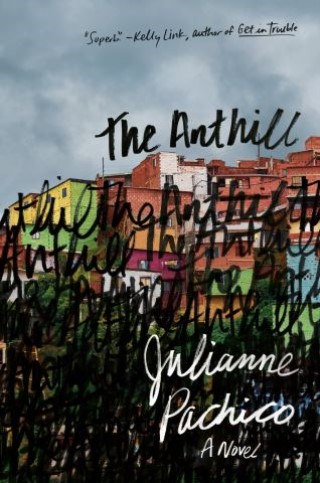 A wildly original blend of social horror and razor sharp satire, The Anthill is a searing exploration of privilege, racism, and redemption in the Instagram age.

In the end, it's much easier to not look at the screaming feeling. To not examine it. Better to just keep on rushing on...

Lina has come home to the country of her childhood. Sent away from Colombia to England after her mother's death twenty years before, she's searching for the one person who can tell her about their shared past. She's never forgotten Matty - her childhood friend and protector who now runs The Anthill, a day care refuge for the street kids of Medellín. Lina begins volunteering there, but her reunion with Matty is not what she hoped for. She no longer recognizes Medellin, now rebranded as a tourist destination, nor the person Matty has become: a guarded man uninterested in reliving the past she thought they both cherished.

As Lina begins to confront her memories and the country's traumatic history, strange happenings start taking place at The Anthill: something is violently scratching at the inside of the closet door, the kids are drawing unsettling pictures, and there are mysterious sightings of a small, dirty boy with pointy teeth. Is this a vision of the boy Lina once knew, or something more sinister? Did she bring these disturbances with her? And what will her search for atonement cost Matty?

A visceral, hallucinatory ride by an author who has been called "blunt, fresh, and unsentimental" (The New York Times Book Review) and "remarkably inventive" (The Atlantic), The Anthill is a ghost story unlike any other, a meditation on healing--for both a person and a country--in the wake of horror.

Julianne Pachico: JULIANNE PACHICO is the author of The Lucky Ones. She grew up in Cali, Colombia, and lived there until she was eighteen. She has a PhD in creative writing from the University of East Anglia in England, where she is now a lecturer. Her story "Honey Bunny" appeared in The New Yorker, and two of her stories have been anthologized in Best British Short Stories 2015. In 2015 she was long-listed for the Sunday Times EFT Short Story Award and in 2017 she was short-listed for the Sunday Times Young Writer of the Year Award.