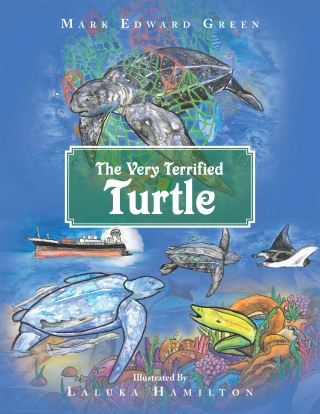 This book begins a long time ago, when humans discovered that through coal and natural gas we could produce heat, light, and steam. We were able to utilise these products to power trains and generate electricity, ultimately creating the world you and I live in today. As we currently stand, human activities have an extremely negative impact on this beautiful planet of ours, and we have only one. I started to write this book the day that I saw an online video of a mother sea turtle trying to lay her eggs in the sand dune. The sand dune was only half sand, the other half was plastic and mixed debris washed ashore with the tides. The tides move things around. She laid her eggs and the next scene was the babies struggling to hatch out amongst the plastic. When I first viewed this video I wrongly assumed that this was a scene from “somewhere else in the world” other than Australia. I found out later that the video was taken by a Japanese biologist working on Christmas Island. This is a remote Australian territory island off the northwest coast of Western Australia which has huge deposits of plastic, thanks to certain ocean currents. The devastation I felt watching this video inspired me to start writing this book. The next day I saw an internet article about the turtles of Raine Island, situated in the northern part of the Barrier Reef. The article stated that a survey had revealed that the vast majority of animals in this area were hatching out as females. The sex of sea turtles is determined by incubation temperature of the eggs. The incubation temperature is determined by the depth that he mother will lay her eggs in the sand. If conditions are `normal' then half will be male, the other half, female. Temperatures in the sand dunes of Raine Island are producing mostly females and this is a very bad situation as imbalance between the sexes can lead to population decline amongst other problems. So this story is driven by the need for environmental change and the urgency with which young people need to step up and demand major resource management changes.