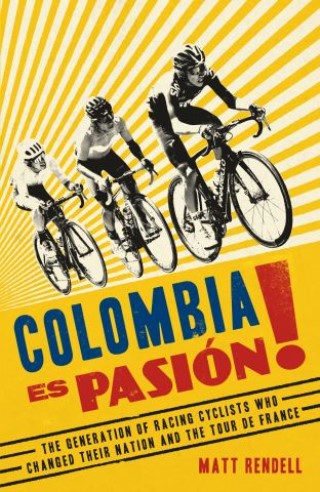 By winning the 2019 Tour de France, Egan Bernal became the race's youngest champion in 110 years, and the first from the South American nation of Colombia. His victory brought decades of national yearning to fruition, and capped the achievements of a golden generation of Colombian cyclists.

For, in the years before Egan's victory, Nairo Quintana won the Tours of Italy and Spain, even coming within 72 seconds of winning the Tour. Rigoberto Urán, Esteban Chaves, Miguel Ángel López and Fernando Gaviria took stage wins, donned leader's jerseys and made final podiums at cycling's greatest events. They, and other world-class Colombian talents, made their nation a cycling superpower.

Yet its cycling sons are not the products of a rigorous sports system that nurtures them through the ranks to the pinnacle of globalised sport. They come from harder backgrounds, that surprise, shock - even, at times, enchant.

The visibility they have secured their homeland has helped open it to international tourism and trade. After decades of violence, corruption and civil unrest, a new, revitalised Colombia has re-entered the community of nation, thanks to its cyclists.

This book is about their lives and dreams: it tells inspiring stories of overcoming poverty and violence, sickness and corruption. It explores the unique sporting microcosm that lies behind Colombia's world-beating riders, and how their achievements spurred a nation to prosperity and peace.