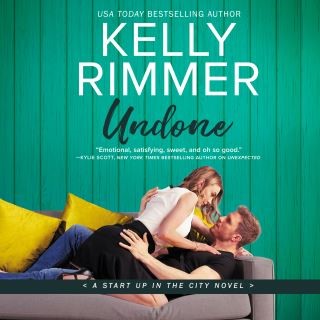 Running a major tech company without breaking a sweat? No problem. But being a bridesmaid at her best friend’s wedding is giving Jess Cohen a bad case of the jitters. Maybe that’s because she’ll have to face the groom’s brother, Jake—the man she’s been avoiding for the past two years. Jake, who Jess dumped mercilessly, unable to tell him the truth about her past. Jake, who’s loyal, loving and all wrong for someone who refuses to be tied down. If only Jess’s heart could remember that.

Jake Winton spent four months secretly dating Jess, and the past two years trying—and failing—to forget her. He’d been ready to propose, convinced Jess was every bit as in love with him as he was with her. Now he’s sure their connection is still there, sizzling and undeniable. Whatever she’s holding back, he can handle—if only she’ll trust him with her secrets, her fears and her heart.

Kelly Rimmer: Kelly Rimmer is the New York Times, Wall Street Journal and USA Today bestselling author of ten novels, including The Secret Daughter and The Things We Cannot Say. Her books have sold more than one million copies, and have been translated into more than 20 languages worldwide. Kelly lives in rural Australia with her family and fantastically naughty dogs, Sully and Basil.