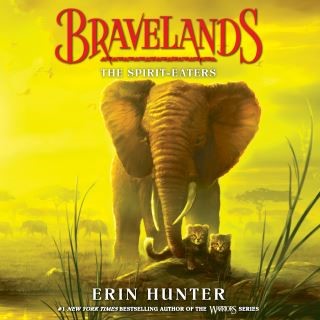 Heed the call of the wild with the fifth book in this action-packed animal fantasy series from the internationally bestselling author of Warriors.

The Great Spirit has returned to Bravelands, and the baboon Thorn hopes to guide Bravelands to peace as its Great Father. But a pack of rogue wolves has begun to target the Great Herd, threatening to shatter that peace before it's even begun. Torn between her desire to help the new Great Father and the urge to rejoin her herd, Sky must choose between duty and family, while Fearless frantically searches for Titan-even as he begins to suspect the rogue wolves of knowing the secret of the lion's whereabouts, and the motive behind his vicious crimes.

Never before has Bravelands faced such a powerful evil. To defeat it, the Great Herd must unite to defend the code of the wild against those who would watch it burn.

Erin Hunter: Erin Hunter is inspired by a love of animals and a fascination with the ferocity of the natural world. She is the author of the bestselling Warriors, Seekers, and Survivors series. She lives in the UK. Visit her online at www.bravelandsbooks.com.