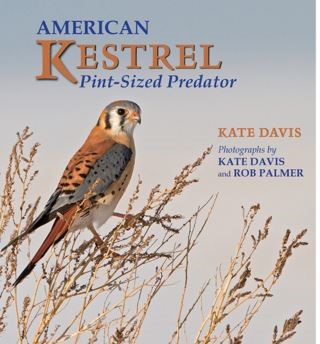 Colorful, noisy, and brash, the American Kestrel is the most endearing of North America’s raptors. With its vivid rufous and blue-gray plumage, peppered with dashes of black and white, this bird of prey is instantly recognizable to both novice and expert bird watchers, whether it’sdiving for an insect on the wing or hovering over an open field while hunting for mice. The American Kestrel’s distinctive call, readily heard from miles away, is another identifier that makes this predator more noticeable than others. There’s no mistaking its klee, klee, klee, from which it received the nickname “killy hawk.”