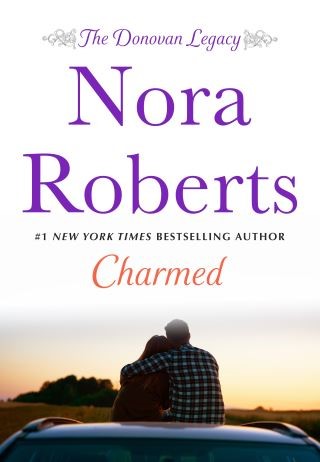 A young woman hides her talents—and herself—from the world until a man who’s already lost enough for a lifetime reminds her that any broken heart can be healed with hope and love in Charmed, a Donovan Legacy novel from #1 New York Times bestselling author Nora Roberts.

Anastasia Donovan is an empath of powerful sensitivity, feeling the pain and despair of everyone she encounters. Overwhelmed, she’s chosen to close off her gift and avoid relationships at all costs. But now a new next door neighbor threatens Ana’s solitude. Widower Boone Sawyer is a devoted father to his six-year-old daughter—and a man possessed of his own gift that casts a spell Ana finds she cannot resist.

Nora Roberts: NORA ROBERTS is the #1 New York Times bestselling author of more than 200 novels, including Hideaway, Under Currents, Shelter in Place, Year One, Of Blood and Bone, The Rise of Magicks and many more. She is also the author of the bestselling In Death series written under the pen name J.D. Robb. There are more than 500 million copies of her books in print.